Hi folks and welcome to the The Friday Film Club where both myself and Kim will be highlighting a film which we feel is worth checking out. At the same time we would love to hear your own selections whether your choosing to just name them in the comments section or join us in arguing the case for your film on your blog, let us know and we will share it in our round up. 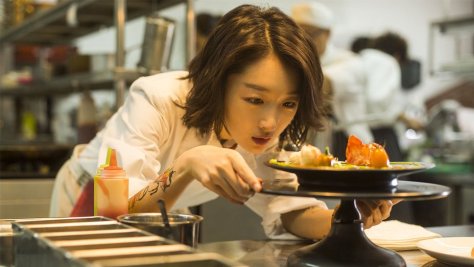 Derek Hui has been credited as film editor on some renowned movies such as Bodyguards and Assassins and Dragon but here he finally puts on his director’s hat and gives it a go in this romantic comedy. This Is Not What I Expected centers its story about food porn and quirky romance and a good bit of screwball comedy. It tells the story of a sous chef at a hotel that manages to please a picky eater and sharp businessman who is deciding whether to acquire the hotel. Although misunderstandings bring them to know each other, and there is a hatred against its other, their love and passion for the same thing, notably food is what brings the two together.

Quirky sequences and essentially the opposites attract element is the basis of this film while It rises above itself particularly because its two main leads are both incredibly charming in their roles, not to mention a perfect fit, whether expected or not. Takeshi Kaneshiro, a veteran actor in the general Asian landscape who started his career in the mid 90s still seeps of charm and handsomeness even in the despicable male role that he needs to play. However, its the atypical role of this character and his expressions that make it such a fun time giving it that lighter edge that it needs. This excels more as Dongyu Zhou, a up and coming actress who has been tied to some great projects, plays the sous-chef who is slightly out of control and rather absurd in her ways as well. The spars in conversation and the unconventional romance here works best because its never too deliberate even if it takes them to some ridiculous lengths like their blowfish toxin hallucination trip for example.

While some can look at this story and see its impossibility and its predictable parts and formulaic structure, what stands out here is seeing the Chinese movie landscape getting this fresh taste of attempting something new, albeit its adaptation from a novel. This movie is a satisfying romantic comedy whether in its quirky elements or in its foodie elements, making it such a comforting experience that its hard to not get hooked into.

Returning to his independent roots for this film after establishing the Marvel Cinematic universe with Iron Man 1 + 2 Jon Favreau’s choice is mirrored in many ways his character’s journey we follow in the film while at the same time seemingly drawing inspiration from chef / author Anthony Bourdain, as here he plays Carl a head chief who loves his industry, a passion which makes him popular with his fellow chef’s, though at the same time has been at the cost of his marriage and connection with his son who he currently has an estranged relationship with.  Interestingly it’s not his ego which initially causes his downfall as you would expect, as he clashes with his boss Riva (here played by Dustin Hoffman in a rare villainous turn) over the type of dishes to serve when Carl calls out food critic Ramsey Michel (Oliver Platt) whose dismay at the dishes being served leads Carl to a very public meltdown in one of the few moments were he loses his cool and in this case his career.

It’s this fall from glory and his journey back to the top, were the real heart of the film lies as Carl returns to his hometown and buys himself a banged up food truck, which he fixes up with his son and partner in crime Martin, here played by Leguizamo with his usual vibrant energy. At the same time this new beginning marks not only a new start for Carl’s career, but also a chance to reboot his relationship with his son as they start to bond over cooking, with such great scenes as Carl buying his son his first cook’s knife and explaining the responsibility that comes with it, as well as disciplining him over wanting to serve a burned sandwich highlighting a standard he refuses he maintains regardless of the level he’s working at. At the same time Percy furthers their renewed connection by handling the social media promotion for the truck, as he attempts to educate Carl how to use Twitter which bizarrely is so heavily featured throughout I had to wonder if they were sponsoring the film.

Unsurprisingly for a film about cooking, there is some serious food-porn action happening throughout the film as we get to see various dishes being created from high end culinary dishes through to the equally tasty Cuban sandwiches which form the foundation of his return to the top. The film also takes in real life restaurants such as “Café du Monde” in New Orleans French quarter and “Franklin Barbecue” in Austin, Texas which only add to the experience with Favreau citing Jiro Dreams of Sushi amongst the films which inspired him and when it comes to how food is presented and shot here, these inspirations are clear. At the same time Favreau embarked on a crash course in French culinary schooling aswell as training with food truck chef Roy Choi who also served as a consultant on the film and here Favreau’s schooling pays off as he looks perfectly comfortable in the kitchen while it adds a level of realism to proceedings not usually seen in these kinds of films.

Sure the film could be criticised for its lack of high drama, as Favreau concentrates on the fun of the journey and Percy discovering the joy of cooking, but when the journey is packed with so many colourful characters and delicious sights and latin fused soundtrack there is little longing for anything which might distract from these things.  If anything this is the sort of film which makes you long for the days of scratch and sniff card or a 4D viewing especially when the film is shot in such an immersive style. Still for now I can only hope that Favreau continues this interest in making low budget, especially if this is any indication of the sort of films he would be making as I’d certainly love to see him doing more films like this than another big budget feature, especially if they are this tasty.

One thought on “Friday Film Club: This Is Not What I Expected & Chef”

This site uses Akismet to reduce spam. Learn how your comment data is processed.

Listen To The Show 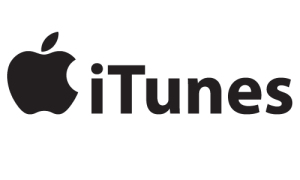 Welcome to the Booth!